Miami artist creates painting for display in Jerusalem and the Vatican 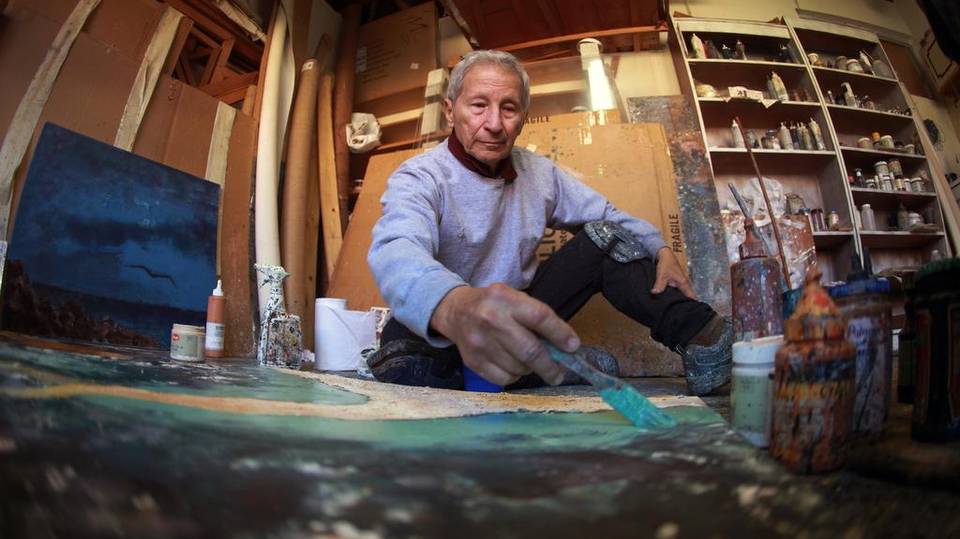 When artist Baruj Salinas imagines the biblical downpour, he prefers to paint a rainbow. In his Southwest Miami studio, he exhibits one of the paintings that form part of the Torah project, celebrating the 50th anniversary of The Shrine of the Book. The Shrine of the Book is a building that occupies a wing in the Museum of Israel in Jerusalem and houses important historical documents such as the Dead Sea Scrolls.

The project, pushed by Mexican businessman and art collector Dan Tartakovsky, includes a scroll manuscript written in Hebrew about the Torah. Between chapters, images of the five first paintings done by Salinas exclusively for the project are inserted. This scroll will be placed and safeguarded in Plexiglass and stainless-steel structure accompanied by a wooden box fabricated with wood similar to the variety that is believed was used to build Noah’s Arc.

A limited-edition Torah, including serigraphs of Salinas’ paintings, also will be published by Italian art editorial house FMR, which is in charge of luxurious art texts such as The Invention of Beauty that is dedicated to Italian sculptor and painter Antonio Canova and is kept on the Artist’s Museum in Possagno, Italy.

“I saw the Canova book in the Guadalajara Book Fair; it weighs more than 100 pounds and the cover is made of marmol,” said the marveled artist, who for one moment diverts his attention away from the large scale work of art that he was commissioned to do and which will remain permanently in the Museum of Jerusalem and in the Vatican. However, the paintings will first be part of an exhibition before the end of the year.

When Salinas, who was born in Havana in 1935, received the proposal for the project, he also agreed to rethink the themes in the first five books in the Bible in a new and original way. It wasn’t difficult for a painter who for a long time chose the abstract: Genesis was an explosion; Crossing the Dead Sea was reflected in two versions, in one the waters are divided and in the other he draws a path. The painting that’s on display in his studio is Mount Sinai, and it’s alive with red tones yet also simplifies everything we have come to anticipate about the place where Moses received the 10 Commandments.

Salinas’ paintings have a mixture of complexity, which combined with his personal history and simple way of being seen to be his trademark and life credo. Salinas, a Jewish Cuban — or Jewban, as some affectionately refer to themselves — traces his origins to a town in Northern Spain known for work in salt mines. His last name is derivative of this. His family was expelled from Spain in 1492 with a decree against Jews from the Catholic Kings. They then established themselves in Turkey.

The war with Turkey and Greece led his grandmother to emigrate in the 20s, this time to Cuba, specifically to Old Havana on the streets of Luz, Sol, Lamparilla, which Cubans identified with certain neighborhoods and businesses of “Polish” people, which was the term some Cubans used for Jews.

“I come from a poor family,” said Salinas, explaining the reason he changed his major to architecture when he received a scholarship to study art in Kent State University in the 50s and decided to follow in his father’s footsteps.

After graduation, he worked in the field of architecture until the 1970s. After that, he dedicated himself completely to his art. He had learned painting from his mother when he was a young child. In that era, he received the Cintas scholarship, an art scholarship established by Cuban millionaire and philanthropist Oscar B. Cintas, twice. That was the push he needed to move to Barcelona, where he lived until 1992, during a time of cultural richness in the city.

“The artistic world of Barcelona at that time was very small,” he said about one of the most enriching times of his life, when he shared his time with artists like Tapies, Miro and Alexander Calder and dedicated his mornings to working in the workshop of Japanese master Masafumi Yamamoto. That was also the time in which he collaborated with Cuban editor Orlando Blanco, owner of Editart, a publishing house established in Switzerland that published numerous books featuring the paintings of Salinas with texts of Maria Zambrano, Michel Butor and Jose Angel Valente, among other authors.

“Baruj is one of the most prolific and important painters of the third generation of Cuban artists,” said Doctor Arturo F. Mosquera, a contemporary art collector. “We sponsored [along with his wife, Liza] an exposition of paintings inspired by clouds in 2007. I was particularly impressed by this body of work, and we acquired several paintings from that series.”

Salinas has exhibited in the Museo Bellas Artes and the Modern Art Museum of Mexico, the Jose Luis Cuevas Museum in Mexico City and the Arts Institute of Chicago. 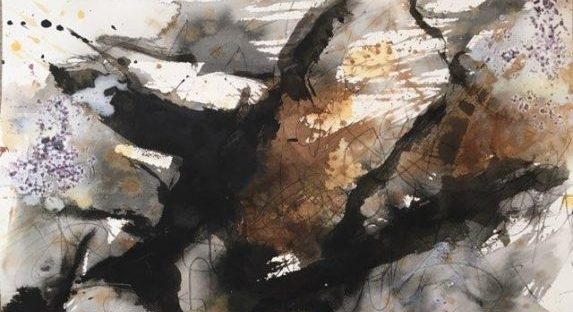